Tai Shan – We still have plenty of room, but ticket sales closed this AM, so please call 206 365-4447 for Reservations 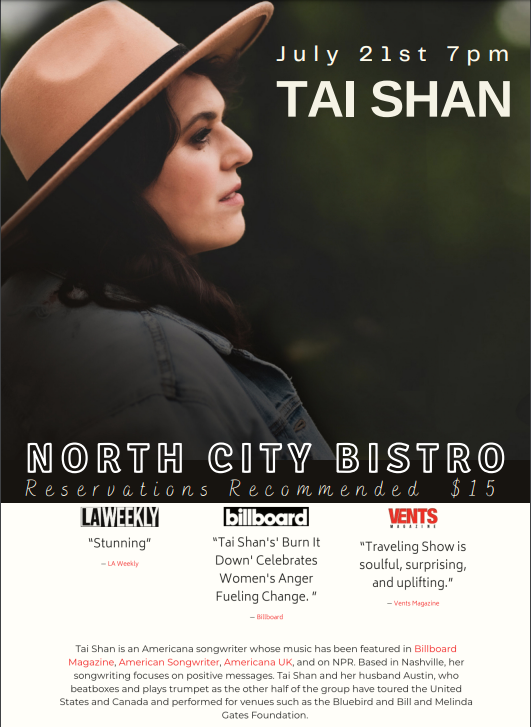 Tai Shan is an Americana songwriter whose music has been featured in Billboard Magazine, American Songwriter, Americana UK, and on NPR. A former Seattleite, she is now based out of Nashville. Her songwriting focuses on positive messages. Her song, “Burn it Down” celebrates 100 years since the “right to vote” and was featured in Billboard Magazine. A magna cum laude graduate of Cornish College of the Arts, Tai Shan and her husband Austin who beatboxes and plays trumpet as the other half of the group toured the United States, Mexico, and Canada, performed for the Bill and Melinda Gates Foundation, and at the famous Bluebird Café in Nashville.