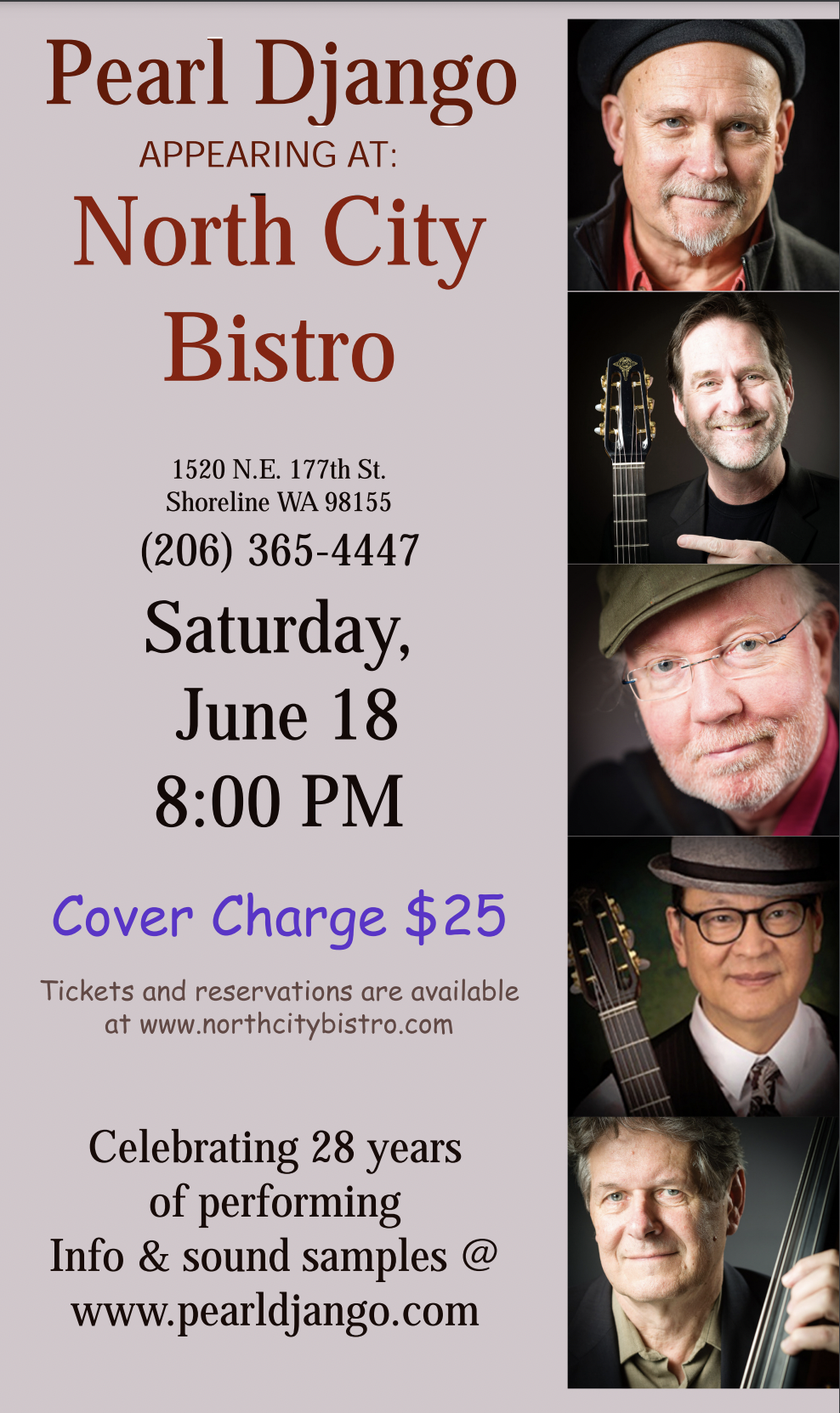 Voted Favorite Area Jazz Band 2003
by Seattle Weekly readers!
“Pearl Django play(s) gypsy jazz…and they do it with such verve, skill and pleasure that
they’re pretty much irresistible to jazz and non-jazz listeners alike.”
—Seattle Weekly