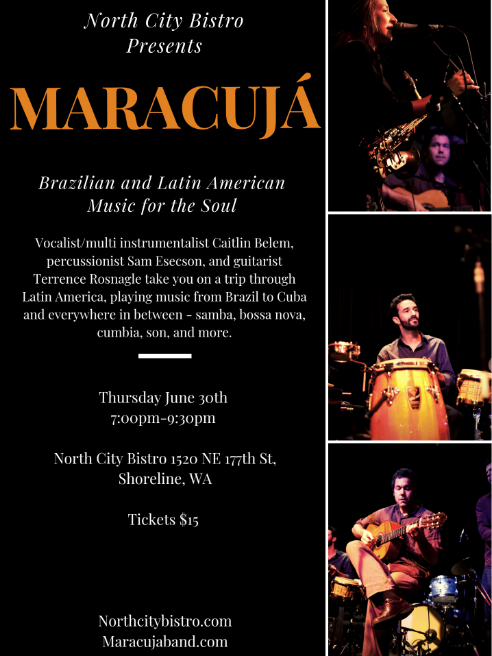 Maracujá was formed in Seattle during the summer of 2013 as a collaborative project of Caitlin Belem (voice and instrumentalist), Terrence Rosnagle (guitar), and Sam Esecson(percussion) . Individually, each had extensive experience with and love for Brazilian and Latin music– living, playing, and studying in countries including Brazil, Cuba, Argentina, and Spain.  Maracujá grew to an established act that regularly played some of Seattle’s top venues, regional festivals, tours the Pacific Northwest and Mountain West, and is sought after for corporate events, academic performances, and private events.
After a two year touring hiatus, Maracujá is more than excited to give their music to Seattle and the North City Bistro!!