Left Hand Smoke – We still have room, but ticket sales closed this AM, so please call 206 365-4447 for reservations 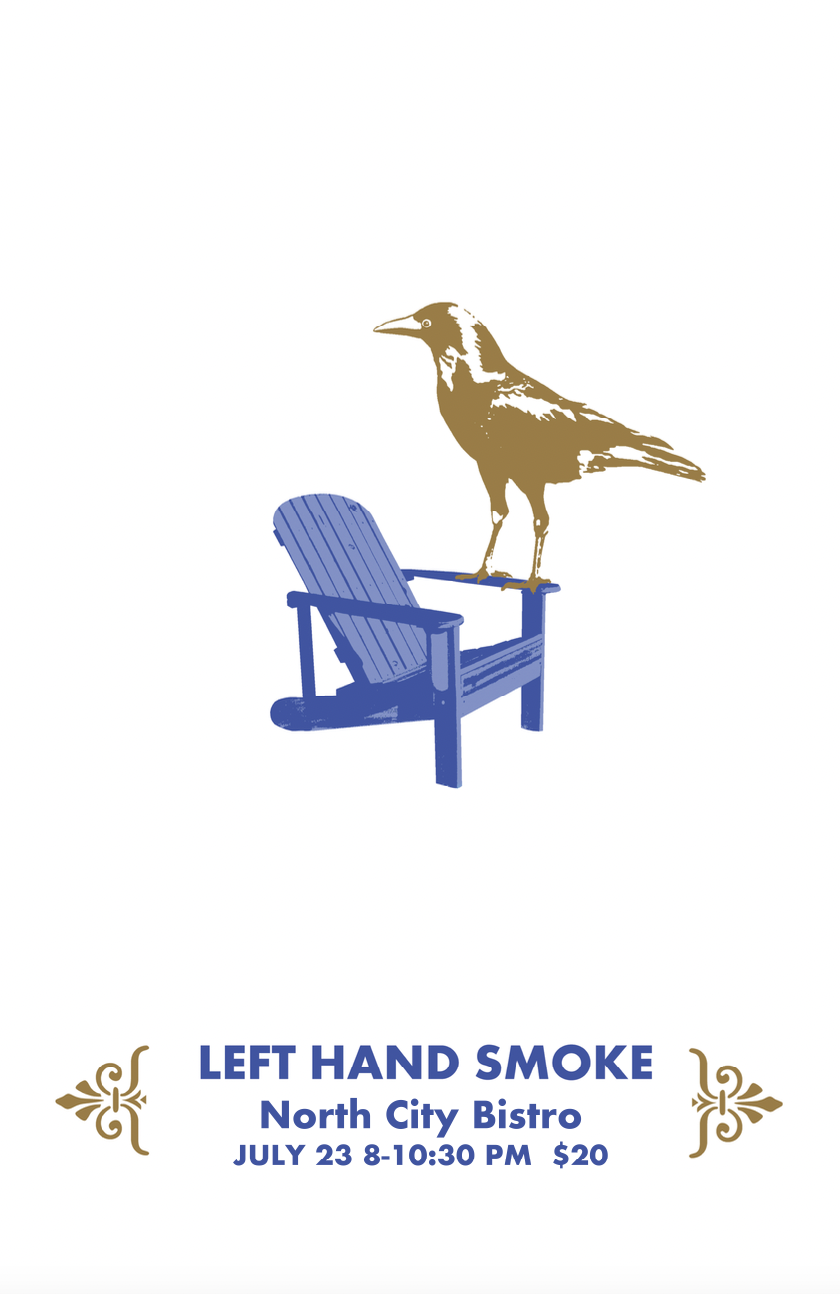 Left Hand Smoke’s self-titled debut took the West Coast by surprise, earning rave reviews in publications like LA’s Radio & Record, and newspapers around the coast. Immediately, things began to happen for the band. Within months of the album’s release, four songs off Left Hand Smoke were licensed for network television, one of them, Blues Eyes Shining, eventually ending up on the hit show ER. The song Step Outside (featuring Death Cab for Cutie’s Jason McGerr on drums) garnered major airplay from Seattle’s AAA format KMTT 103.7 FM The Mountain, vaulting the band from club act to headliner in major performance venues. The album went on to receive many gold stars: album of the year in West Coast Performer Magazine, Top 10 in the Amazon.com rock charts, and the single Step Outside was a top 10 request for 103.7 FM (a live version of the song was featured on the station’s popular On the Mountain 6 compilation alongside Tom Waits, Counting Crows, David Gray, and others). Capitalizing on this momentum, the band hit the road, building a loyal following with its now-renowned live show.