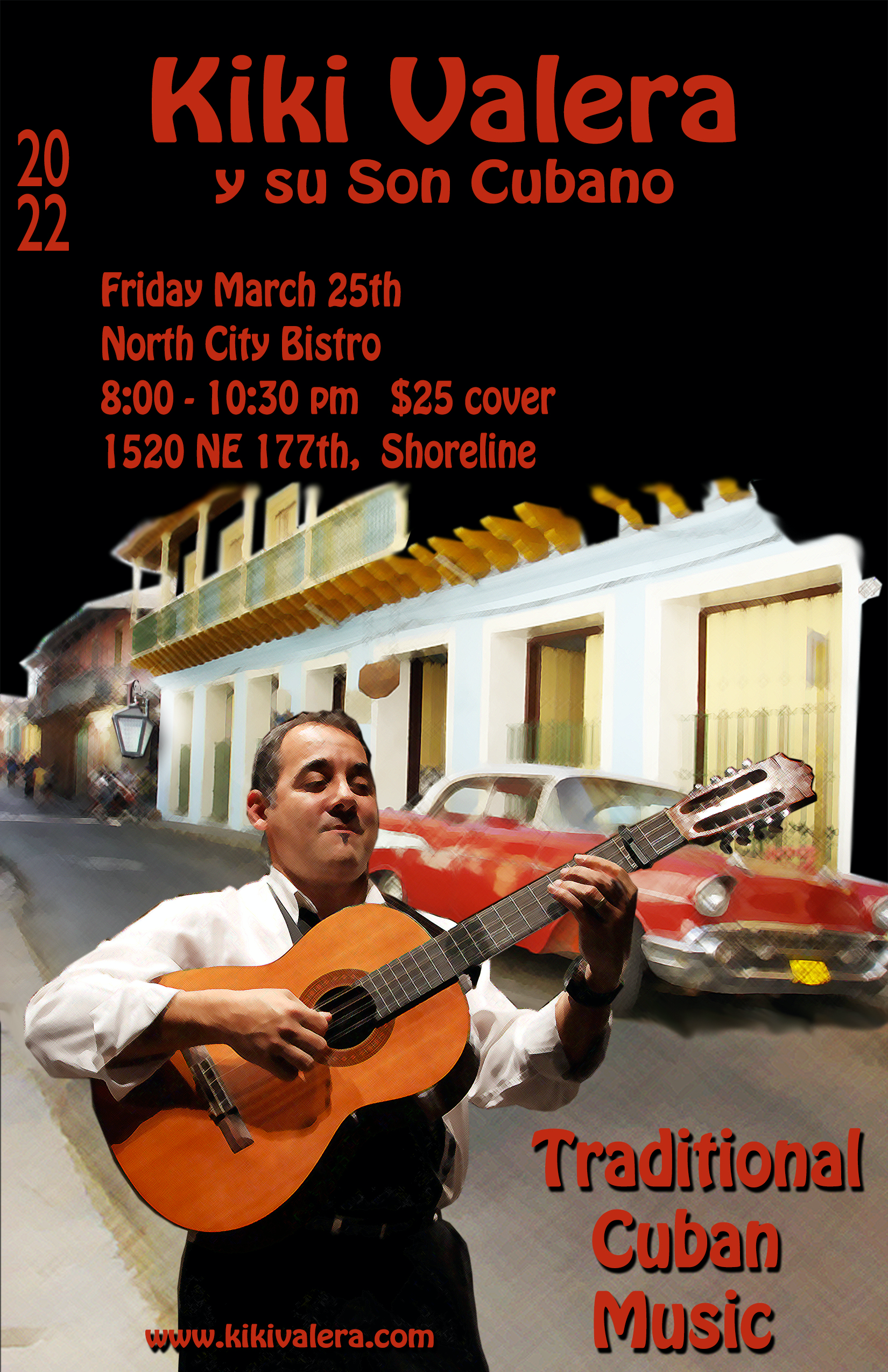 …one of the world’s greatest exponents of the cuatro…Valera specializes in son, the infectious call-and-answer Cuban song form, but solos like a jazz guy.
THE SEATTLE TI​MES

Kiki will be joined this evening by an all star lineup including Joe de Jesus on vocals & congas, Elspeth Savani on vocals and maracas, Victor Castillo on vocals, Steve Guasch on bongos, Javier Marú on guitar & Alex Dyring on bass.