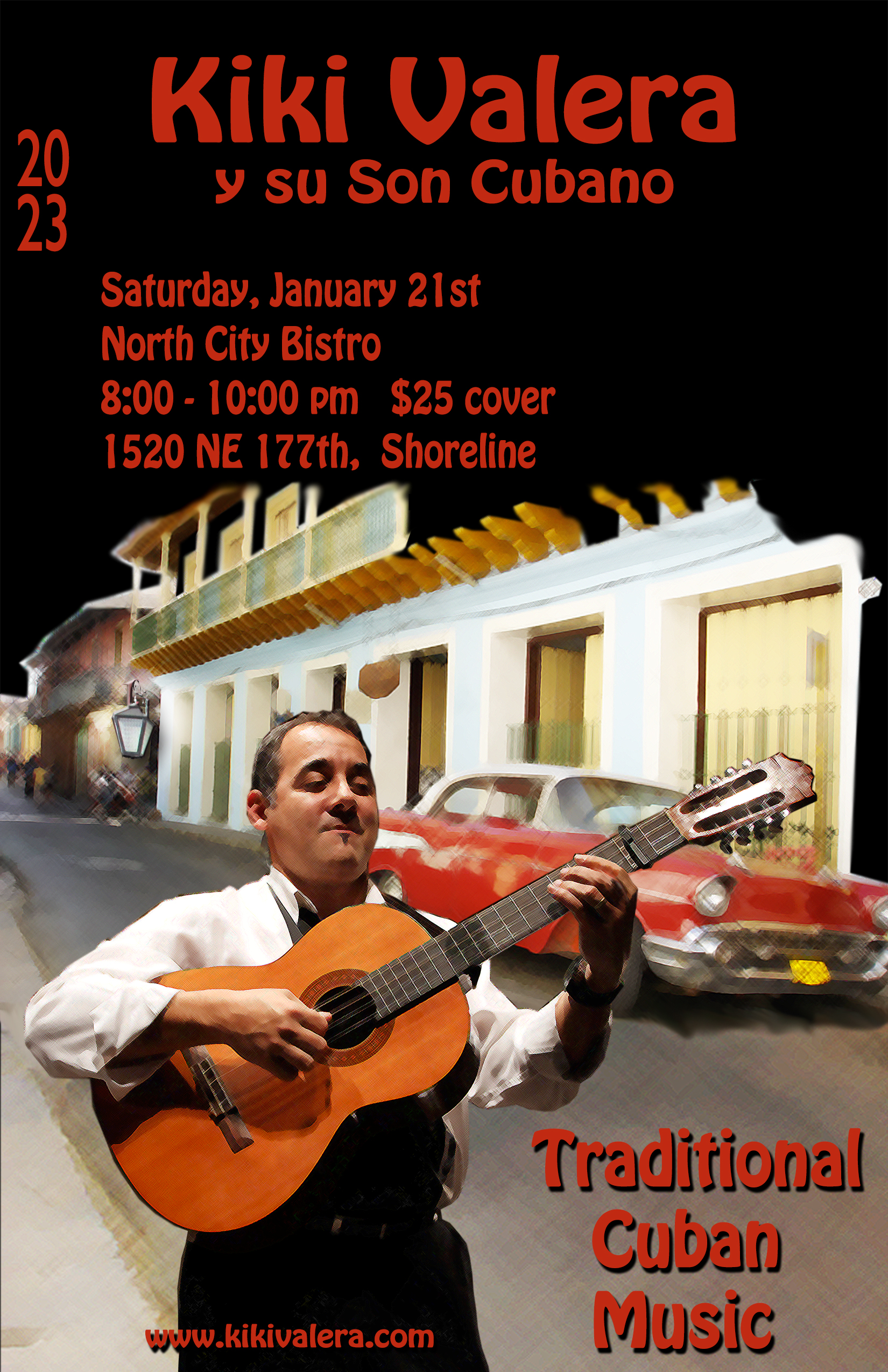 …one of the world’s greatest exponents of the cuatro…Valera specializes in son, the infectious call-and-answer Cuban song form, but solos like a jazz guy.

Son Cubano is one of the most popular musical styles in Cuba and Kiki Valera is one of its foremost exponents. Cuban son is the music that made the Buena Vista Social Club worldwide stars in the late 1990s, but Kiki Valera comes from a family of musicians whose involvement with Cuban son pre-dates the BVSC by decades. A multi-instrumentalist, composer, arranger, sound engineer and producer, Kiki is best known as one of the world’s greatest players of the Cuban cuatro, a mid-size guitar with 8 strings grouped in sets of 2.

Kiki will be joined this evening by an all-star lineup including Joe de Jesus on vocals & congas, Victor Castillo on vocals, Pedro Vargas on bongos, Javier Marú on guitar & Alex Dyring on bass.