Jovino Santos Neto Quinteto – We still have some room, but tkt sls closed this AM so call 206 365-4447 for same day reservations 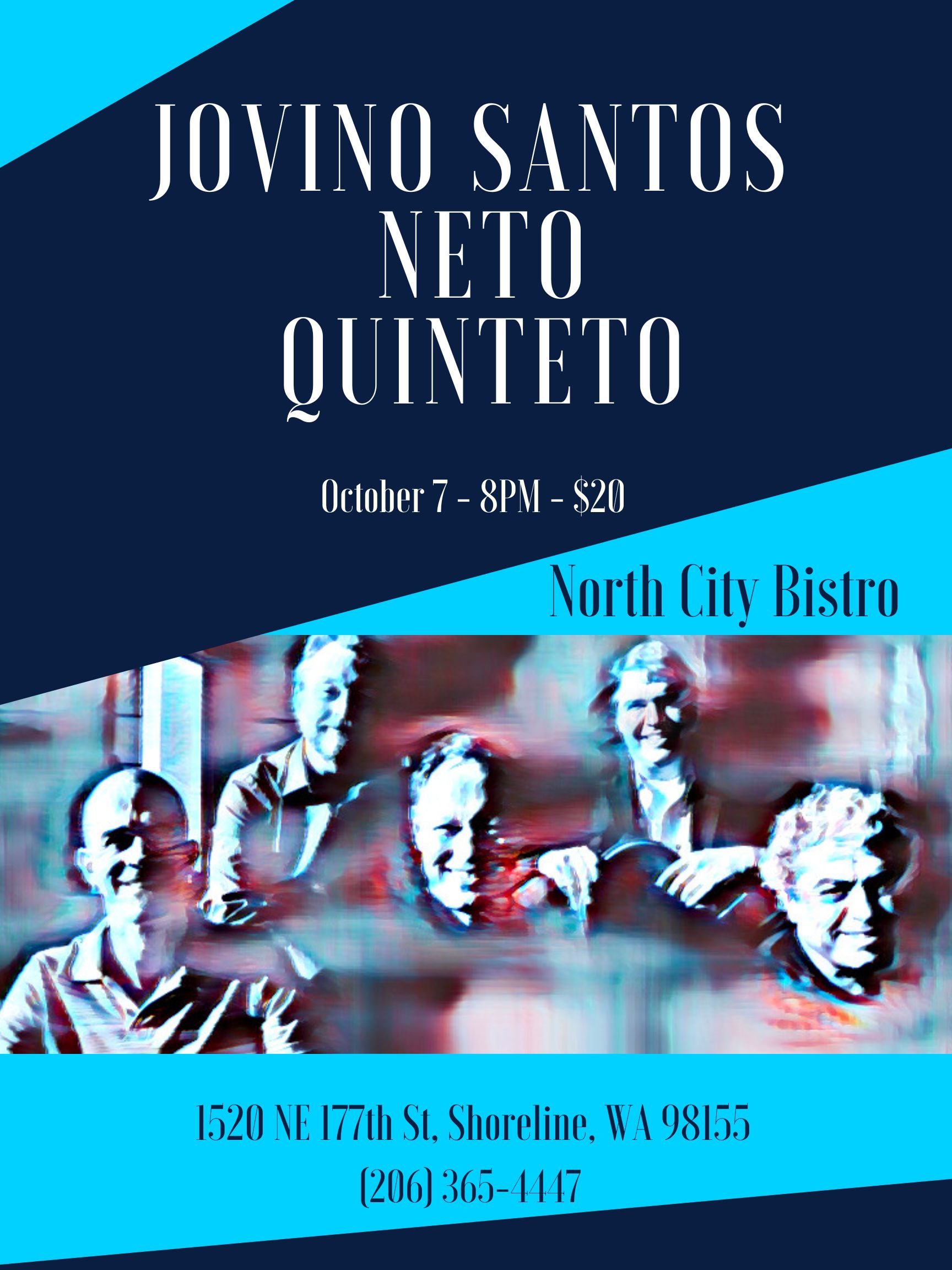 Formed in 1993, the Latin Grammy-nominated Quinteto has become one of the most important creative music ensembles of the West Coast. Performing Jovino’s original arrangements and compositions, its members excel in near-telepathic musical interactions, modern harmonic journeys, deep lyricism and high energy Brazilian grooves that never fail to excite audiences. Voted several times as Best Acoustic Jazz Ensemble of the year by readers of Earshot Jazz Magazine.

With Ben Thomas on vibraphone and bandoneon, Tim Carey on bass, Mark Ivester on drums and Jeff Busch on percussion, plus Jovino on piano, flute and melodica.