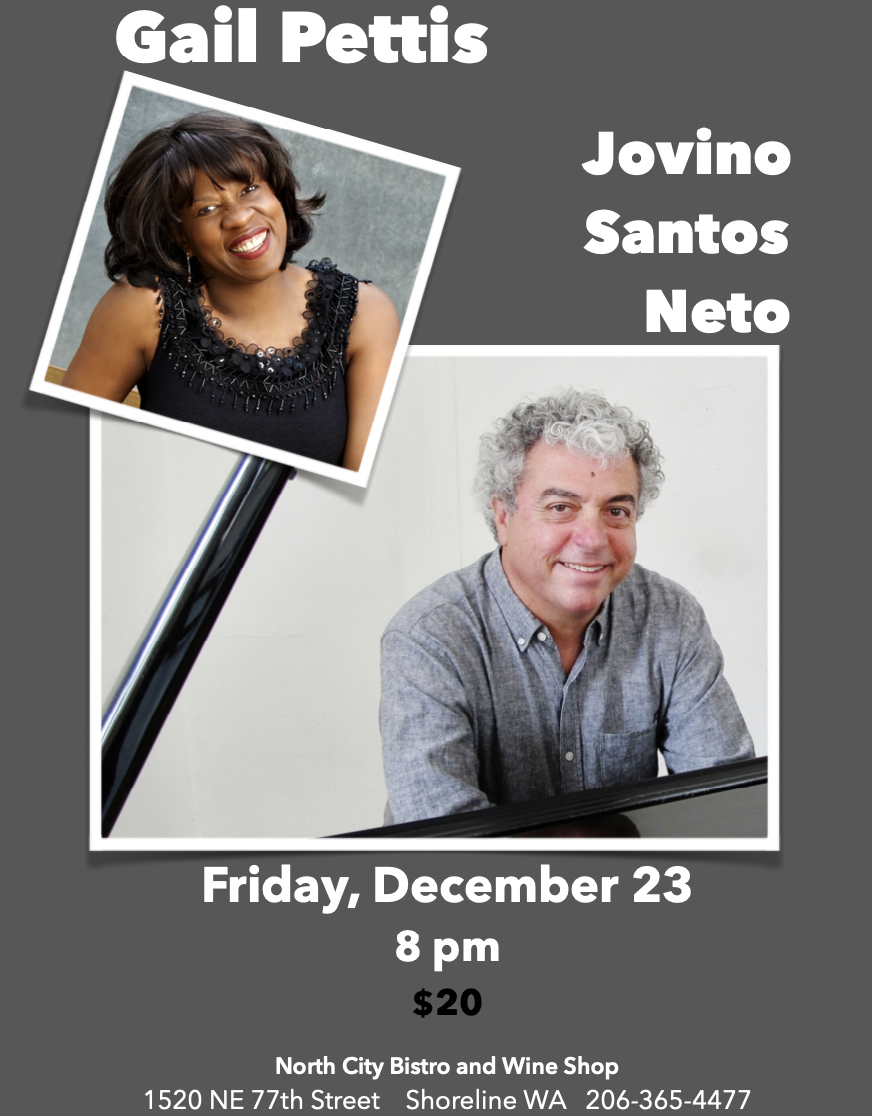 A native of Henderson, Kentucky, Gail grew up in Gary, Indiana, surrounded by healthcare professionals. Yet there was also music in the family tree: grandfather Arthur Pettis was a blues singer and guitarist who recorded for Victor Records in Memphis in 1928 and for Brunswick in Chicago in 1930 and grandmother, Ninevah played piano around Chicago. Along with her sister, Gail sang classical music and hymns at a local Presbyterian church and continued in other school and church choirs in later years. Initially drawn to follow in the family footsteps of healthcare delivery, she attended Ohio State University, Meharry Medical College School of Dentistry, completing an orthodontic residency program at Harvard University, after which she taught and practiced orthodontics full-time for the next 15 years, eventually moving to Seattle WA in 1996 by way of Memphis, TN. Gail spent her days chairside and her evenings with a newfound hobby of West Coast Swing dancing, having become attracted to this particular style of swing because it afforded the opportunity to respond to the music with a partner rather than only dancing through patterns. When an injury took her off the dance floor in 1996, she began looking for other creative outlets, including a jazz workshop led by Seattle saxophonist Darren Motamedy. In this class, Gail was delighted to discover within jazz similar opportunities to interact with the music and with fellow musicians. With Motamedy’s encouragement, she continued to pursue her new passion by participating in jam sessions and also through private study, eventually selling her orthodontic practice in 2006.