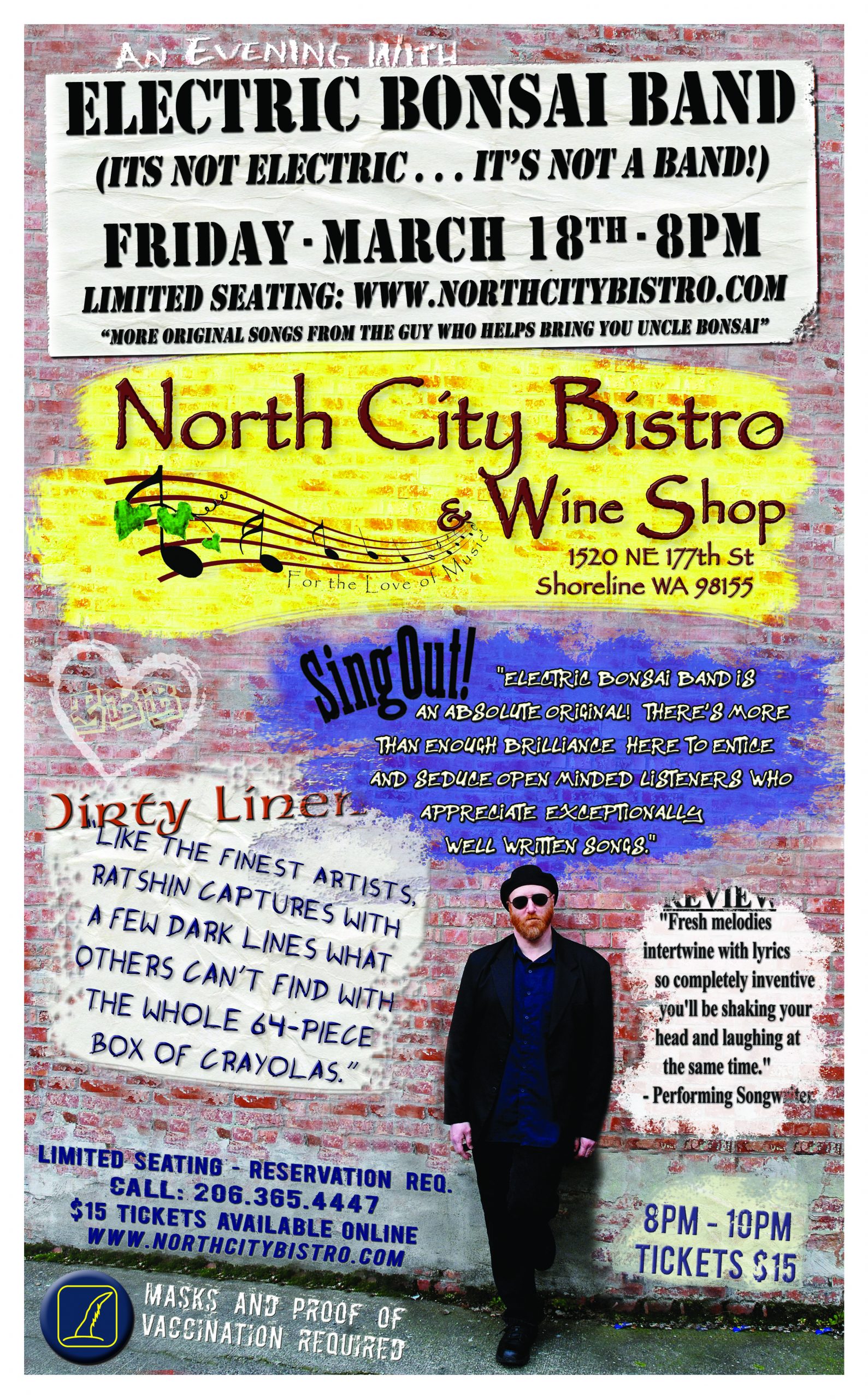 Electric Bonsai Band is neither electric nor a band…it’s actually singer/songwriter Andrew Ratshin, and his acoustic guitar. Best known as a member of, and principal songwriter for, the group Uncle Bonsai, Andrew has released five solo albums of original material and been included on a number of compilation projects.

With the release of his debut recording, I Am Joe’s Eyes, Andrew began headlining at clubs and festivals across North America; with the release of a live cassette, 20 Seconds Of Pleasure (a collection of 20-second and 40-second songs) and the critically acclaimed, But I’m Happy Now, Andrew established himself as “one of the premier songwriters of his generation” (The Maverick Report). The release of Lounging In The Belly Of The Beast had Sing Out magazine proclaiming Andrew “an absolute original” and say that “there’s more than enough brilliance here to entice and seduce open minded listeners who appreciate exceptionally well written songs.”

Andrew continues to perform solo and with Uncle Bonsai; he is currently working on his “Seven Sins, Seven Wonders, Seven Dwarfs” song cycle, and has begun recording his sixth Electric Bonsai Band release, The Other Glass.

DIRTY LINEN: “Like the finest artists, Ratshin captures with a few dark lines what others can’t find with the whole 64-piece box of Crayolas.”

PERFORMING SONGWRITER: “Fresh melodies intertwine with lyrics so completely inventive you’ll be shaking your head and laughing at the same time.”

BAM: “Mesmerizing as a solo performer . . . expect an absorbing, wry evening of poetic with and great songs.”

THE ABSOLUTE SOUND: “His songs are filled with humor, irony, and neatly turned phrases which overlay rich melodies and quick-cut musical scene changes.”

THE BOSTON PHOENIX: “His words are so well chosen, you may linger with the lyric sheet.”