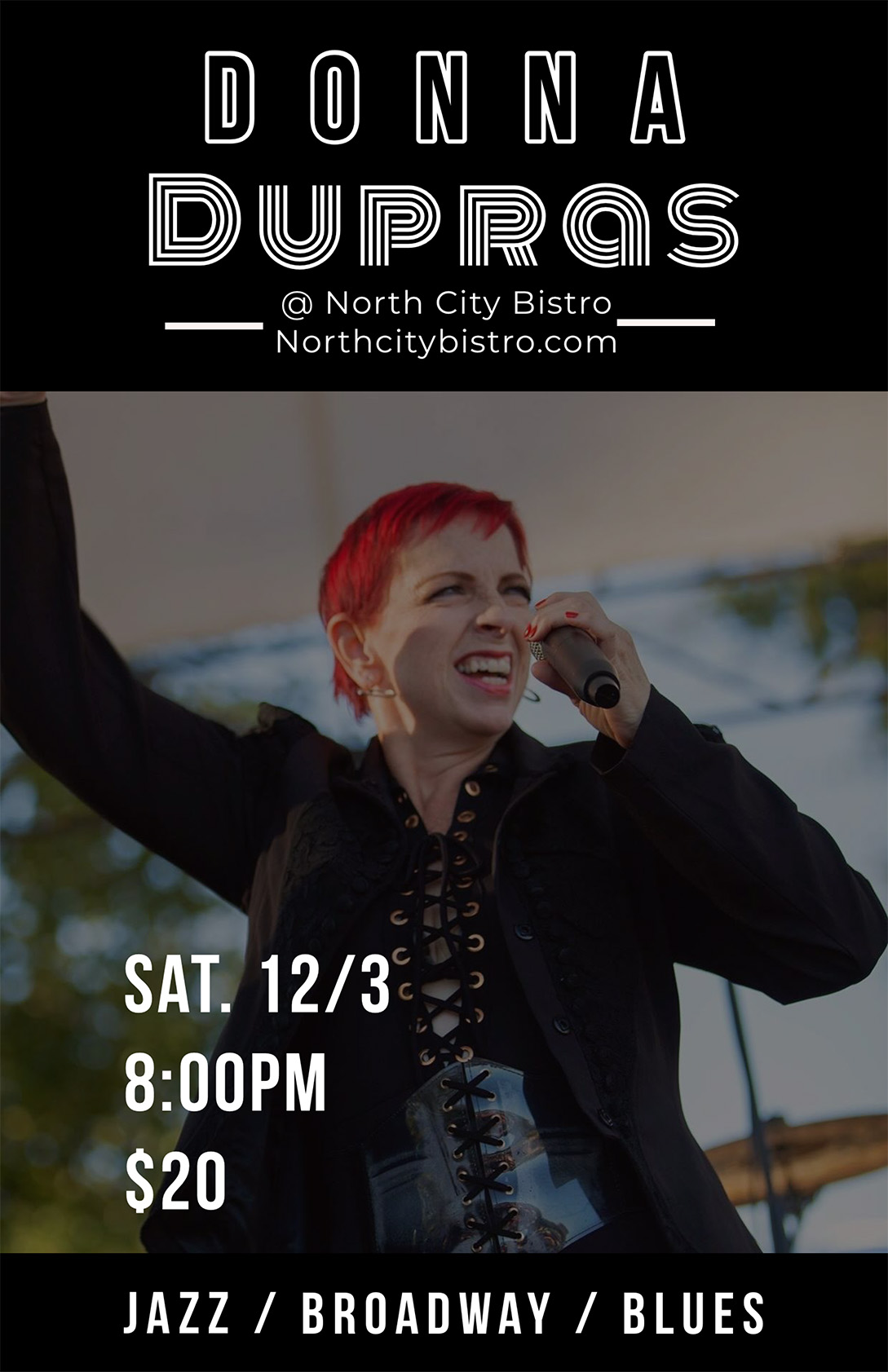 Donna Dupras (say “Do Pray”) is a critically-acclaimed and classically
trained vocalist who posesses a prowess and energy that will take your
breath away. Currently performing in the beautiful Pacific Northwest
in the Seattle, WA area, Donna has spent a lifetime warming hearts
with her angelic voice.

Donna was raised in a musical family in the “heartland of America”
just outside of South Bend, Indiana. At age four she began formal
lessons on piano, but around her eighth year, discovered singing to be
her true calling.

Her formative years were spent at both Indiana State University, where
she was Soloist with the university, Terre Haute symphony and various
musical theater roles and UNLV in Las Vegas, Nevada where she held an
eighteen year long career as a performer in many of the top-rated
hotels on “The Strip”. During this time she attended two master
classes with the great Opera tenor Luciano Pavarotti.

Ms. Dupras has shared the stage with such luminaries as Liza Minnelli,
Robert Goulet, Wayne Newton, Gladys Knight, and Aretha Franklin. She
has held roles in shows such as Evita, Candide, Peter Pan, and Man of
La Mancha.

From symphony orchestras to nightclubs, Donna brings her A-game every
night, no matter the venue or size of the crowd.