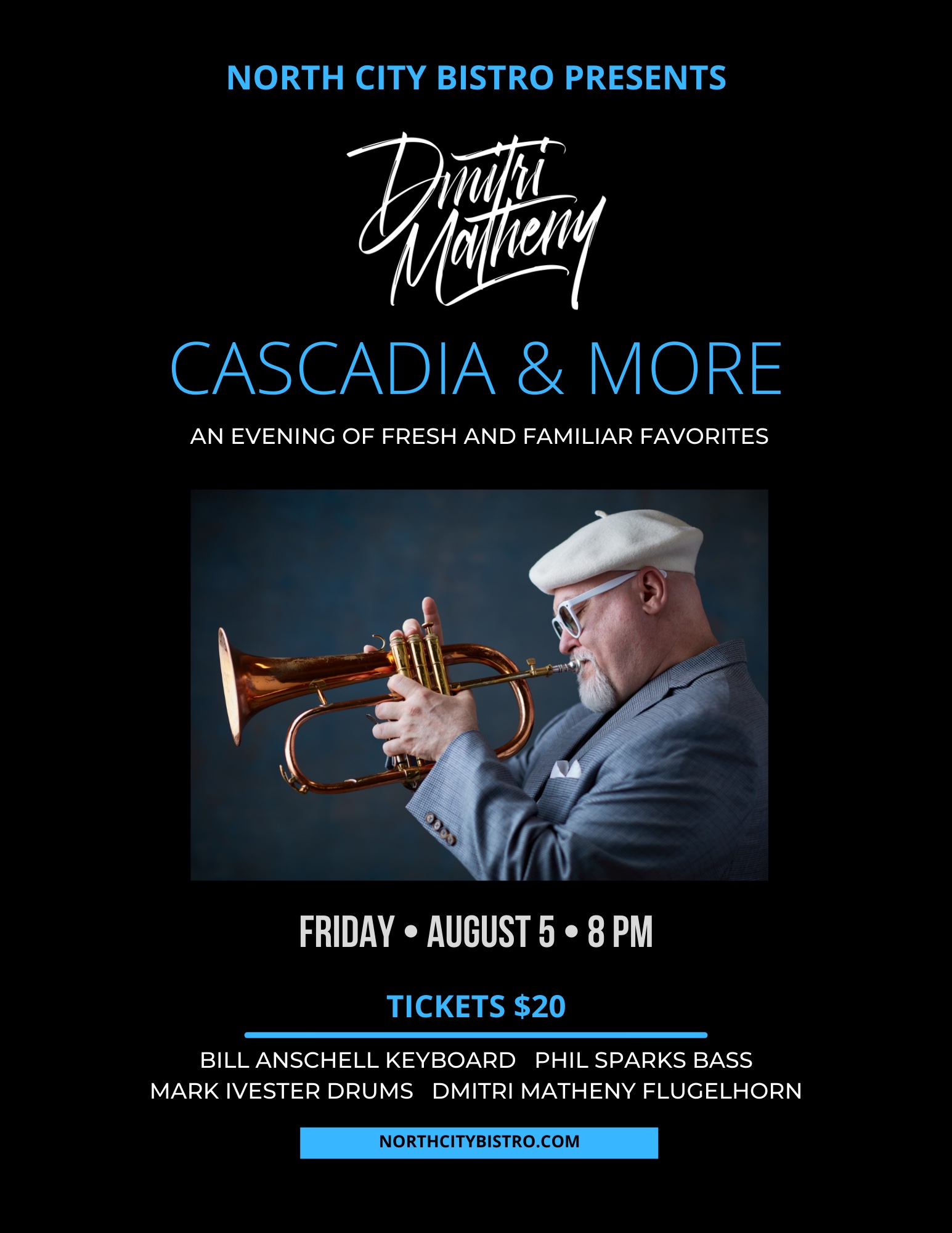 “Dmitri Matheny is a jazz treasure. The lyrical Matheny has impressive chops, but it’s his warmth and soulfulness that win you over.”—All Music Guide

Acclaimed for his warm tone, soaring lyricism and masterful technique, American flugelhornist DMITRI MATHENY has been lauded as “one of the most emotionally expressive improvisers of his generation” (International Review of Music). An honors graduate of the Berklee College of Music, Dmitri Matheny vaulted onto the jazz scene in the 1990s as the protégé of jazz legend Art Farmer. Since then he has garnered critical acclaim and a loyal international following, touring extensively throughout the United States, Europe and Asia, traveling to 19 countries. With over 100 recordings to his credit, Dmitri Matheny has released 12 albums as a leader. The San Francisco Chronicle calls Matheny “one of the jazz world’s most talented horn players.”