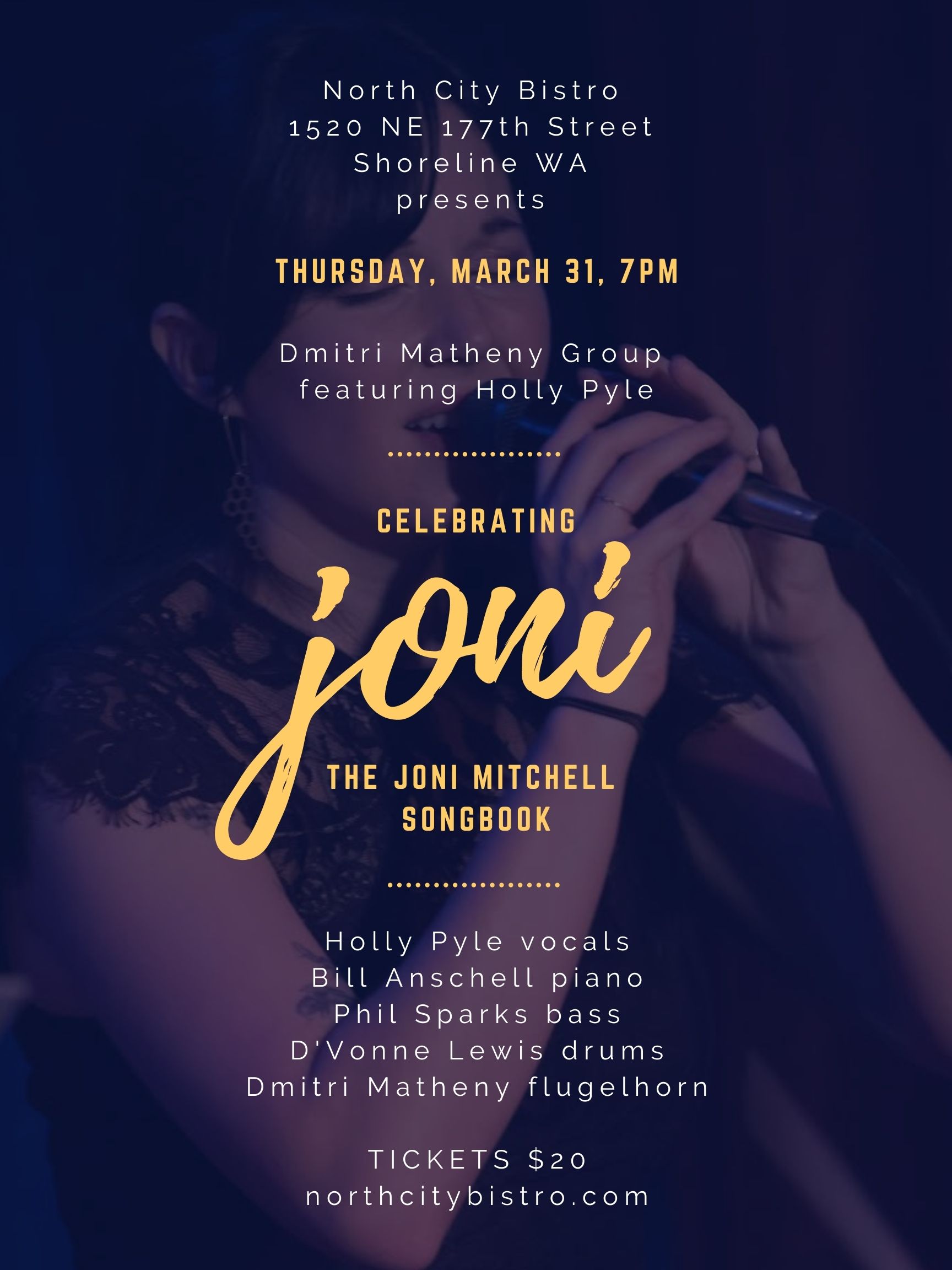 Jazz artists Dmitri Matheny and Holly Pyle join forces for one night only in an all-star celebration of Joni Mitchell!

Roberta Joan “Joni” Mitchell is a Canadian singer-songwriter and painter. Drawing from folk, pop, rock, classical, and jazz, Mitchell’s songs often reflect on social and philosophical ideals as well as her feelings about romance, womanhood, disillusionment and joy. Winner of nine Grammy Awards and an inductee in the Rock and Roll Hall of Fame, she has been called “one of the greatest songwriters ever” (Rolling Stone) and “the most important and influential female recording artist of the late 20th century” (All Music Guide).

Known for her “soulfully graceful, liquid-like voice” (Phoenix New Times), Los Angeles vocalist Holly Pyle started out as an opera major before studying jazz and psychology. Now one of the most popular vocalists in the west, Holly performs with leading jazz groups, tours with the progressive soul-pop band House of Stairs, and appears regularly as a solo a-cappella act using electronic looping to build masterful sonic creations.

Flugelhornist Dmitri Matheny has been lauded as “one of the most emotionally expressive improvisers of his generation” (International Review of Music). An honors graduate of Berklee College of Music, Dmitri Matheny vaulted onto the jazz scene in the 1990s as the protégé of jazz legend Art Farmer. Since then he has garnered critical acclaim and a loyal international following, releasing eleven CDs and touring extensively throughout the United States, Europe and Asia.The San Francisco Chronicle calls Matheny “one of the jazz world’s most talented horn players.”