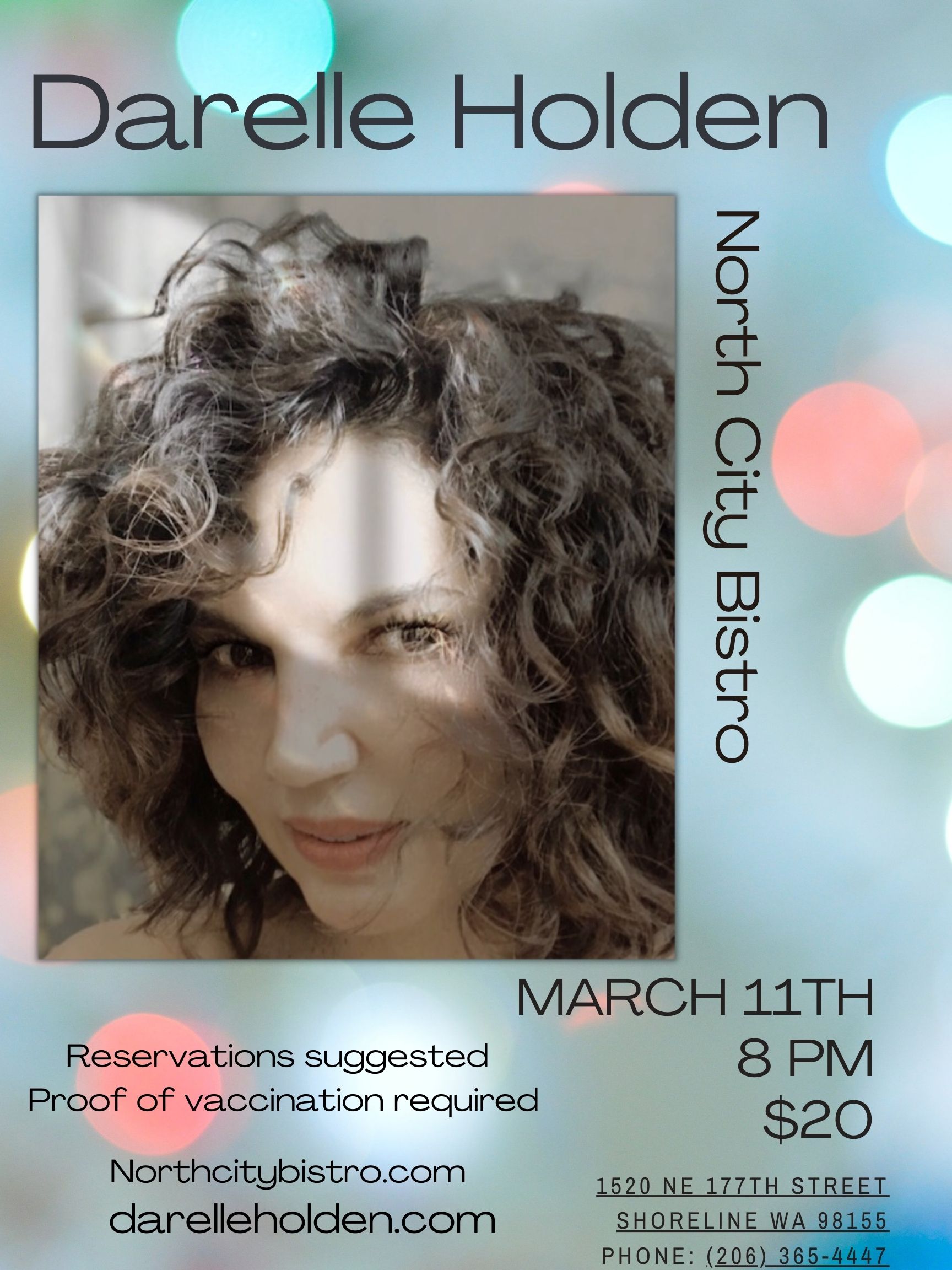 If there was ever anyone that you could say has music in their blood, soulful songstress Darelle (Da-rell) Holden is the one. A dynamic and seasoned live performer and sidelined by the pandemic, Darelle wrote and recorded during 2020 and the happy result is a new collection of songs, including the single, Send Me An Angel. A song of encouragement, hope, and solace to help rally a dear friend during his battle with Cancer, released in conjunction with the first-ever National Black Family Cancer Awareness week in 2021.

The new EP, Darelle Holden, brimming with the accumulated musicality and the grace of a life devoted to making music, includes more beautifully composed songs including Baby, Chance of Rain, Night Train, and Rain Song, all inspired by the nurturing and cleansing power of the Pacific Northwest.

Darelle asserts, “If you can incorporate your uniqueness in new and creative ways, that’s admirable. Anyone whose body of work stands on its own, like Stevie Wonder or the Beatles, musically transcends trends and is always relevant.”

Starting with a foundation of creativity and uniqueness, Darelle was born in Seattle to a prominent musical family. She grew up immersed and surrounded by classic jazz, soul, pop, and R&B, showing a natural affinity for music at a young age.

Darelle’s grandfather, Oscar Holden, was known as the Patriarch of Jazz in Seattle, her father, Dave Holden, and Uncle Ron, carried on the family musical legacy for years, with hit songs in the 50s and 60s and tours with high profile artists like James Brown.

Her talents would eventually lead Darelle to Berklee College of Music, where she studied with some of the top musicians in the world before launching a prolific career as a touring singer, taking her all over the world, both as a critically acclaimed solo artist and a much sought-after backup vocalist. In addition to releasing several jazz-pop gems under her name, she has performed alongside legends, including Stevie Wonder, Earth Wind & Fire, Bobby Caldwell, Norman Brown, and Tom Jones, who lauded her as “a great singer.”

Darelle’s musical influences are diverse.“ I remember working in a record store, in Jr. High School and the owner turned me on to The Police and a few other groups. My mom had everything from Average White Band to Streisand to Earth Wind and Fire and Marvin Gaye, The Beatles, and the singer-songwriters of the 70s. My father played Oscar Peterson, Nancy Wilson, Miles, and I also had my ears glued to the radio for the pop hits of the day.“

Her professional commitments always keep her busy and Darelle is constantly on a journey to evolve and refine her voice as an artist. In 2012 she emerged with her first EP, Can You Hear Me. A collection of romantic, genre transcendent songs, Can You Hear Me firmly established her open-hearted vocal style, adding innumerable fans and crystalizing her reputation as an artist who always delivers.

Darelle is currently working on new music for release in 2021 and innovative ways to connect with fans and share her music with the world.