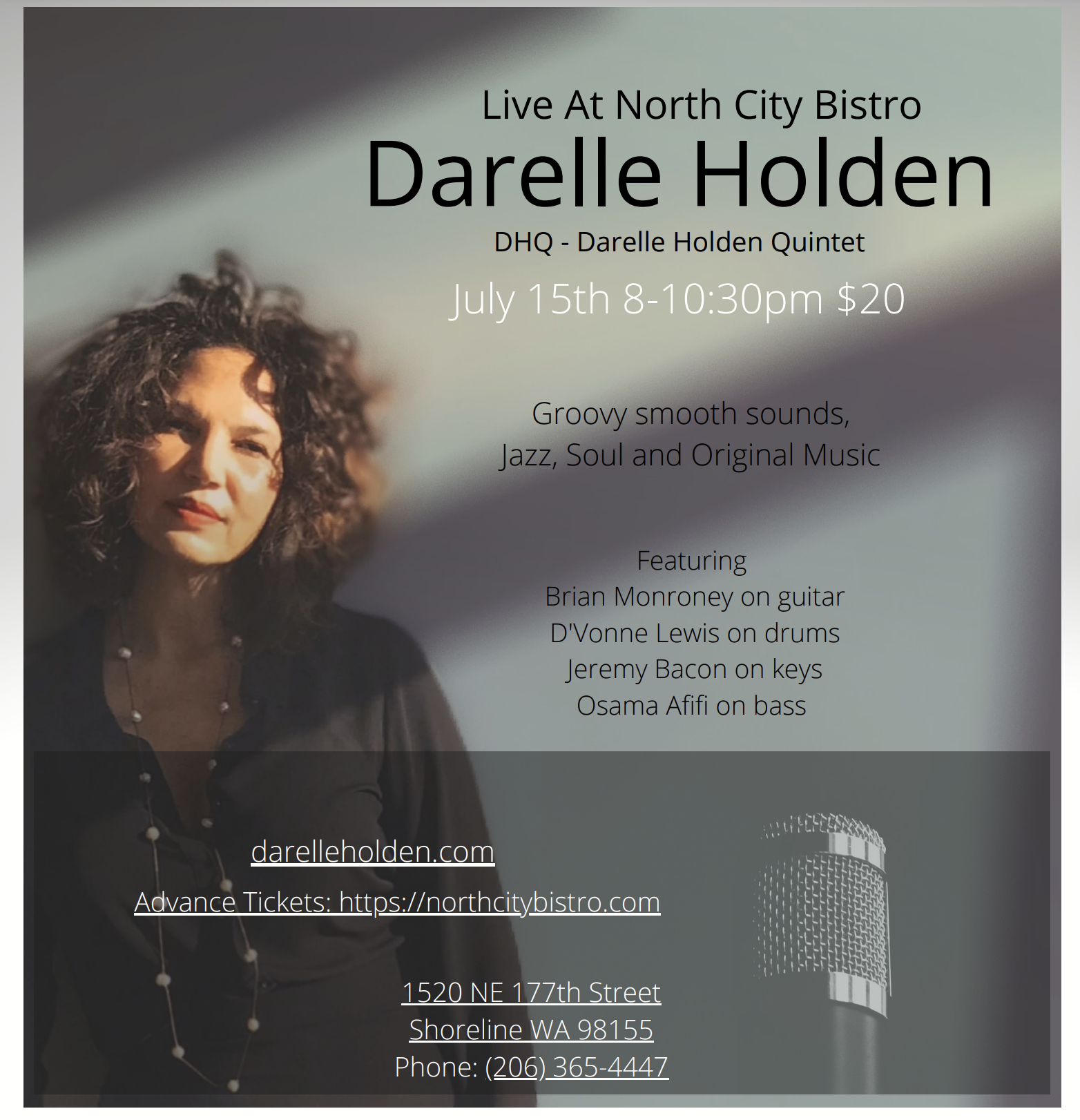 “If silk were a sound, it’d be Darelle Holden singing”.
–Jonathan Shipley (Earshot Jazz Festival)
“Soulful songstress Darelle (Da-rell) Holden is the one”.
Holden’s sultry, expressive, and singular vocal qualities will have you
hooked.
Darelle Holden is a recording artist, prolific songwriter and gifted vocalist.
Her prolific career as a touring singer has taken her all over the world, both
as a critically acclaimed solo artist and a much sought-after backup
vocalist.  Darelle has performed with legends, including Stevie Wonder,
Earth Wind &amp; Fire, Bobby Caldwell, Norman Brown, and Tom Jones, who
lauded her as “a great singer”. She was recently nominated for vocalist of
the year, Golden Ear Awards, Earshot Jazz 2021.