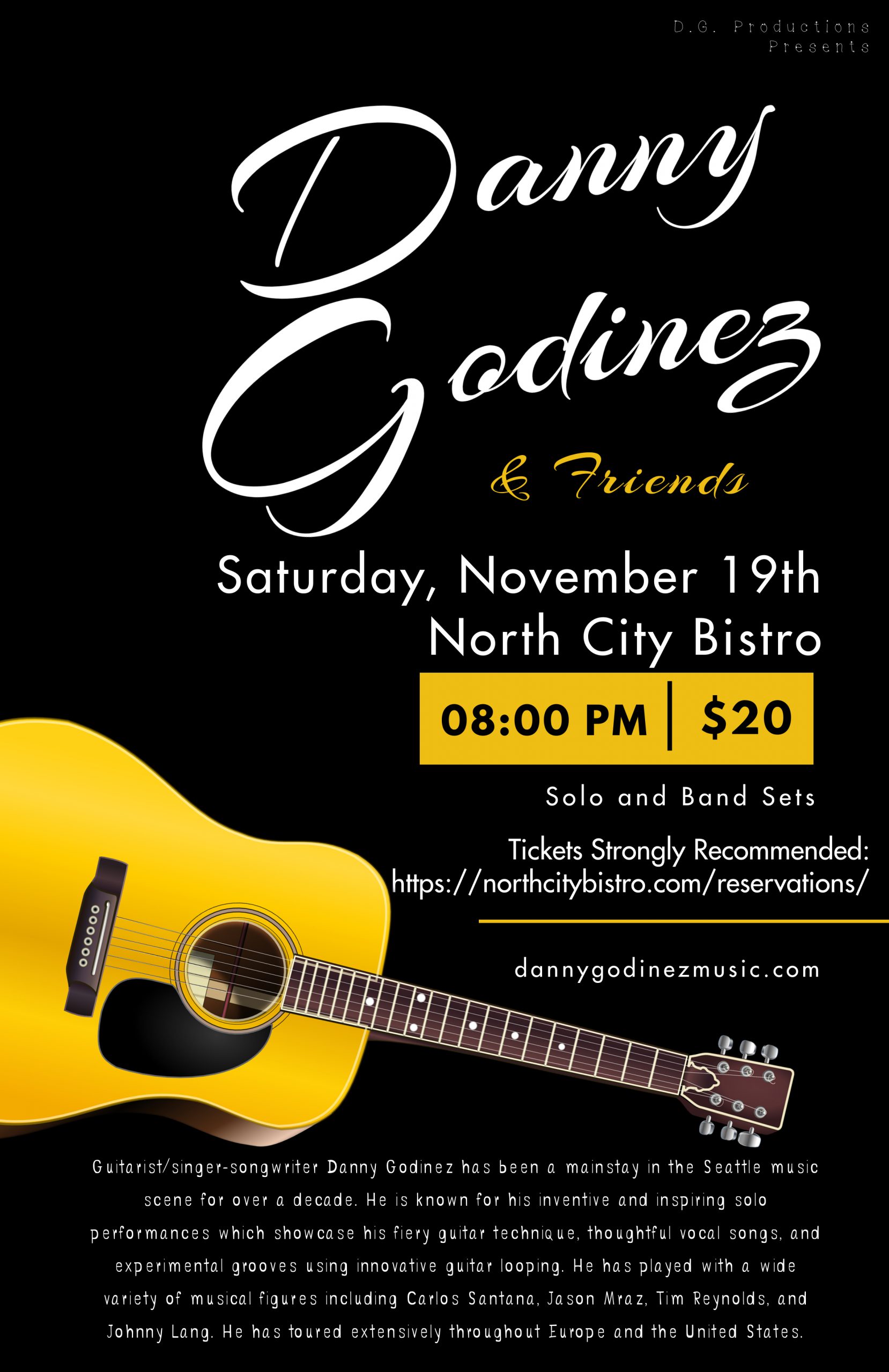 Guitarist Danny Godinez has played all over the world, and has played with the likes of Carlos Santana, Jason Mraz, Johnny Lang, Tim Reynolds(Dave Matthews Band) and several other notable musicians.  His talent has been praised by Taj Mahal, Mike Mcready(Pearl Jam), Jason Mraz and bandmate Michael Shrieve.  He will be presenting both solo and band sets, spanning genres including: funk, jazz, blues and latin music.  Not to be missed!