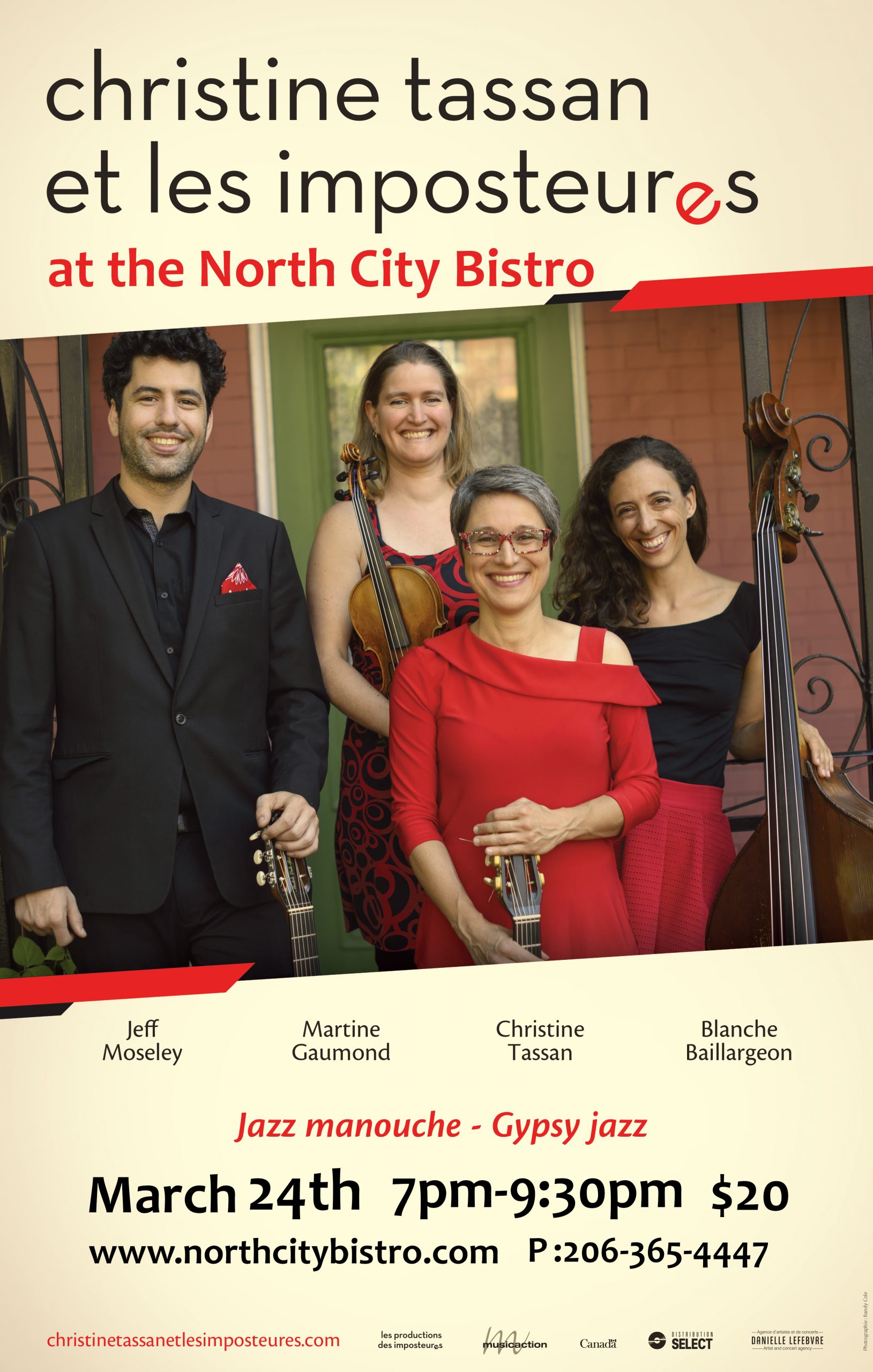 With nearly 20 years of bringing their special blend of Gypsy jazz and revisited cover songs to audiences, Christine Tassan et les Imposteures have made a name for themselves on the music scene.

Pioneers in a domain usually reserved for men and precursors of the gypsy wave that swept across Québec, this quartet led by guitarist Christine Tassan continues to reinvent this timeless music while integrating new ideas and influences with an originality and flair we have become familiar with. From standards to original compositions, the Imposteures’ musical arrangements innovate, rejuvenate and leave room for unbridled creativity from four talented and accomplished musicians.

With 7 albums and more than 600 concerts in various venues and festivals, including numerous appearances in major events and tours across Canada, Europe, USA and China, they have cultivated the adoration and loyalty of an ever growing fan base. We have had the chance to see them at the Montreal International Jazz Festival, at the Django Reinhardt Festival in Samois-sur-Seine (France), at hte Liberchies Django Festival (Belgium) and at the North-West Django Fest (USA).

With a decade and a half of bringing their special blend of Gypsy jazz and revisited cover songs, Christine Tassan et les Imposteures have made a name for themselves on the music scene. The show of these four exquisitely talented musicians brings together some of the best works by Django Reinhardt, Félix Leclerc and American swing composers. With a singular mix of virtuosity, daring and humour, the string band draws inspiration from one artist’s poetry and the other’s swing to weave a rich new musical universe. They’ve expanded their concept to the wonderful swing music of some contemporary “friends” of Django and Félix. They revisit hit songs created by George Gershwin, Louis Prima or Charlie Chaplin and blend them nicely with Django’s beautiful melodies.