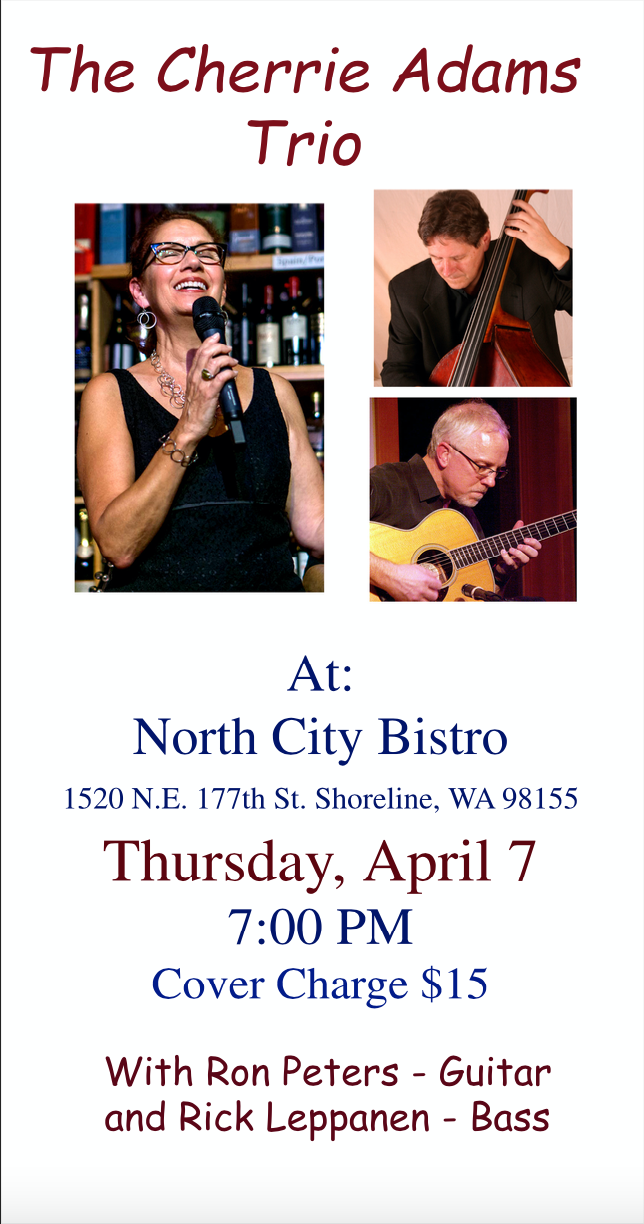 Vocalist, Cherrie Adams hails from a large family of musicians from
Northern Michigan. Cherrie came back full circle to her jazz vocal roots
after a long music teaching career in Seattle, fronting the Forman-Finley
Band for six years, with a variety of regular gigs at North City Bistro,
Capitol Cider, Jazz festivals, and private events, and recording the CD
“Only Trust Your Heart”. Her repertoire is drawn from the Great
American songbook, Latin, popular, and original songs. Cherrie’s warm,
pure tone and understated, conversational style combined with her
deep connection with the music, all contribute to her compelling
authentic style.

Veteran Seattle guitarist Ron Peters has played professionally for many
years appearing with a multitude of acts including: The Manhattan
Transfer, Jennifer Scott, Lance Buller, Stephanie Porter, The Northwest
Sinfonietta, Pearl Django, Sylvia Herold and Katy Bourne, to name just a
few. When not performing he teaches privately and at music camps and
workshops in the U.S. and Canada.

Bassist, Rick Leppanen has been a member of Pearl Django for nearly 24
years. He has performed with singer, Cherrie Adams, for many years,
most recently with the Forman-Finley band. He has toured the U.S. and
8 other countries as a musician. In the Seattle area he has worked as a
sideman with many, many groups. Rick is also an accomplished
composer.