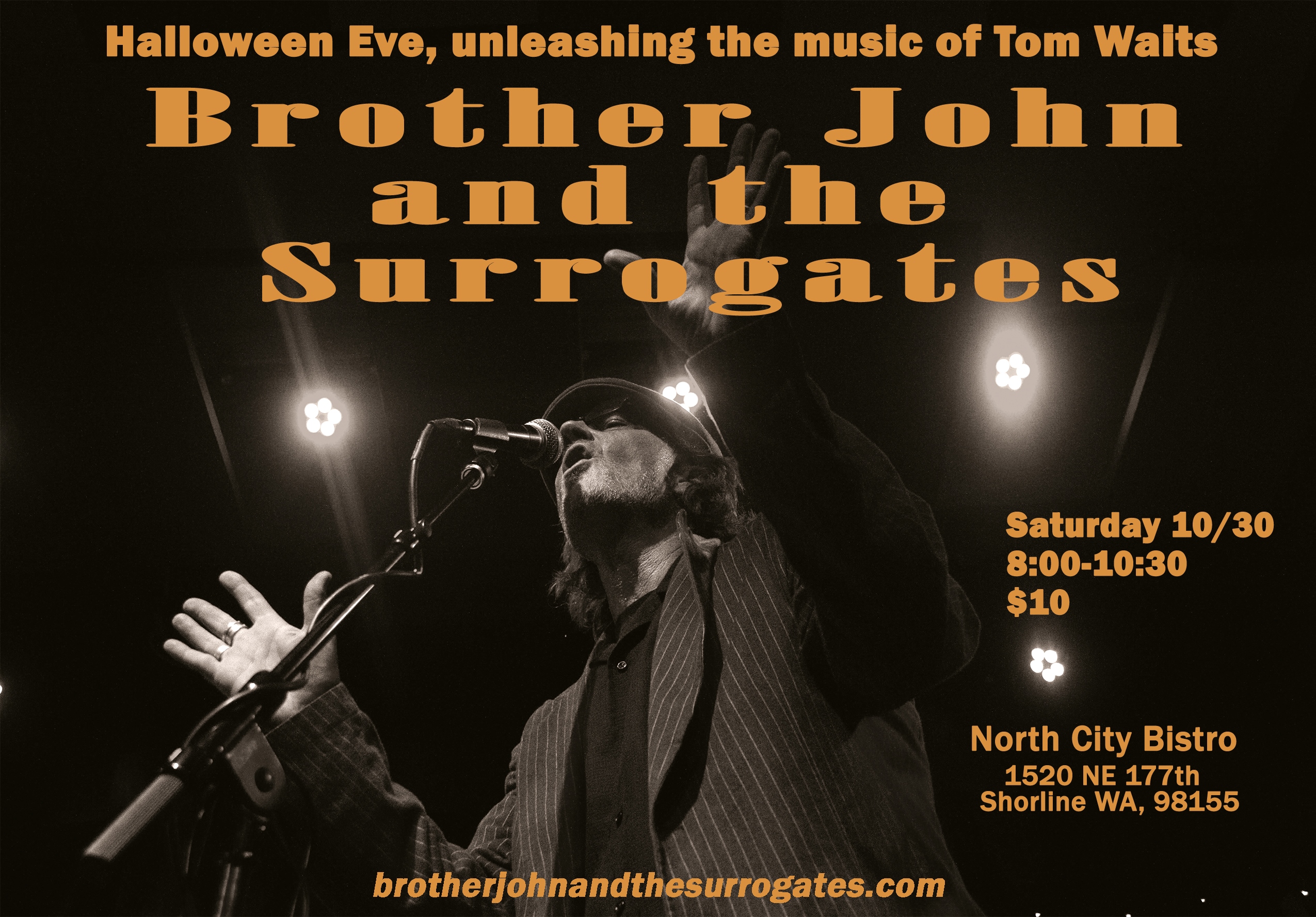 Brother John and the Surrogates is a band and a musical collaborative. The brain-child of John Wies, BJS performances are presented in different formats (duo, trio, quartet, quintet) dependent on context & player availability. Performances focus on original music, the compositions of Tom Waits, a combination of the two, and from time to time include a smattering of other cover material.

With commanding stage presence, distinctive vocals, and inspired lyrical presentation, John establishes the musical mood. Rooted in a percussive playing style, John’s original compositions present unique, genre-crossing arrangements. John has taken the stage in far-flung locales such as Japan and Korea and has had his music showcased in theatrical performances and on Mongolian radio. When performing Waits’ material, John emotes a serious yet playful Waitsonian persona, elevating the groups’ performance above and beyond any attendee expectations of ‘just another cover band’.

Exuding moods of cabaret jazz, heartfelt blues, and stadium rock n’ roll, Jerry’s playing is a testament to him as a true student of the low-end and its potential. Prior to living in France, where for decades he performed with jazz combos across Paris, Jerry studied jazz and classical bass at Cornish and was co-founder of Seattle based 70’s neo-R&B band Red Dress. Jerry has also played with numerous free-jazz, big band swing, blues and rock acts in the Pacific Northwest.

Steering the ship, Steve possess a deft hand with sticks, brushes, or palms. Among others, Steve’s performance history includes long stints with Rat City Brass, Knut Bell and the Blue Collars, Review Mirror, and the Brian Butler Blues Band. With a nuanced touch and an understanding of multiple music genres, Steve swings with the best of ’em – and keeps his unruly band mates from going completely off the rails.

A multi-instrumentalist, songwriter, and documentary producer, Jon has performed synth-pop, jazz standards, dive-bar blues and more up and down the West Coast. Jon’s intuative playing, sometimes subtle, sometimes in your face, transports listeners to the gin joints, street corners, and drunk-tanks of the Waits’ milieu. Jon may not have been drinking, but clearly his piano has been.