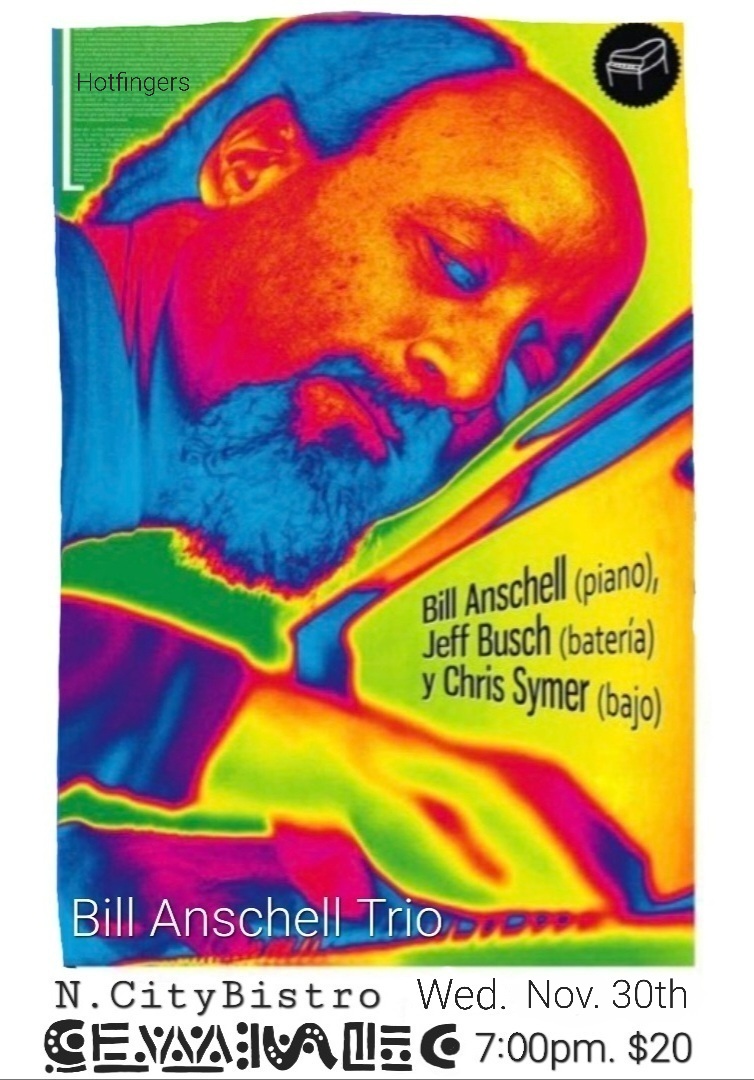 Pianist Bill Anschell’s concert credits include eight European tours with vocalist Nnenna Freelon
and seven South American tours leading his own trio. He is also a prolific composer; his original
pieces have been placed more than 70 times on programs including “The West Wing,” “The
Wire,” and “Yellowstone.”
Anschell, a Seattle native, returned to the Emerald city in 2002 after a long residency in Atlanta.
He received Golden Ear Awards as the “Northwest Jazz Instrumentalist of the Year” in 2005,
2010 and 2011; his trio was named “Northwest Acoustic Jazz Ensemble of the Year” in 2006; his
CD Figments won “Northwest Jazz Recording of the Year” in 2011; and in 2016 he was inducted
into the Seattle Jazz Hall of Fame.
Anschell is also well known as a jazz humorist, and in 2014 he was a winner of the inaugural
Paul Desmond Award, allaboutjazz.com’s celebration of the funniest jazz artists.
Bassist Chris Symer moved to Seattle in 2002 from Los Angeles, where he was an in-demand
player for live gigs and studio work. Feeling at home playing almost any type of music, he has
been busy working in a wide variety of musical situations. He has performed in groups ranging
from the unclassifiable Southern California-based band “Headless Household”; to sideman work
with Bennie Maupin, Charlie Byrd, Tierney Sutton, Roger Kellaway and Robben Ford; to
orchestral playing for film scores.
Symer’s consistent sound and reliable sense of direction have helped him not only find work, but
to get there on time as well.
Jeff Busch is an exuberant drummer/percussionist, vocalist, and composer who has been active
on the Seattle jazz, gospel, and Latin jazz scenes for the past 20 years. He is a member of the
Jovino Santos Neto Quinteto, whose 2004 recording ‘Canto do Rio’ was nominated for a Latin
Jazz Grammy.
In 1997, Jeff spent six months in Brazil and studied with a variety of percussionists including
Edmilson Costa Teixeira, Gilo do Pandeiro, and Mestres Memeu and Lazaro from Olodum; he
returned to tour as a performer in 1998.
Busch was the recipient of a King County Arts grant for a recording project entitled “Drums and
Voices – A Collage of Negro Spirituals,” with gospel singer Patrinell Wright and Master
Senegalese drummer Thione Diop. In addition to performing, Jeff continues his work as a dance
accompanist, producer, educator, studio musician and visual artist.