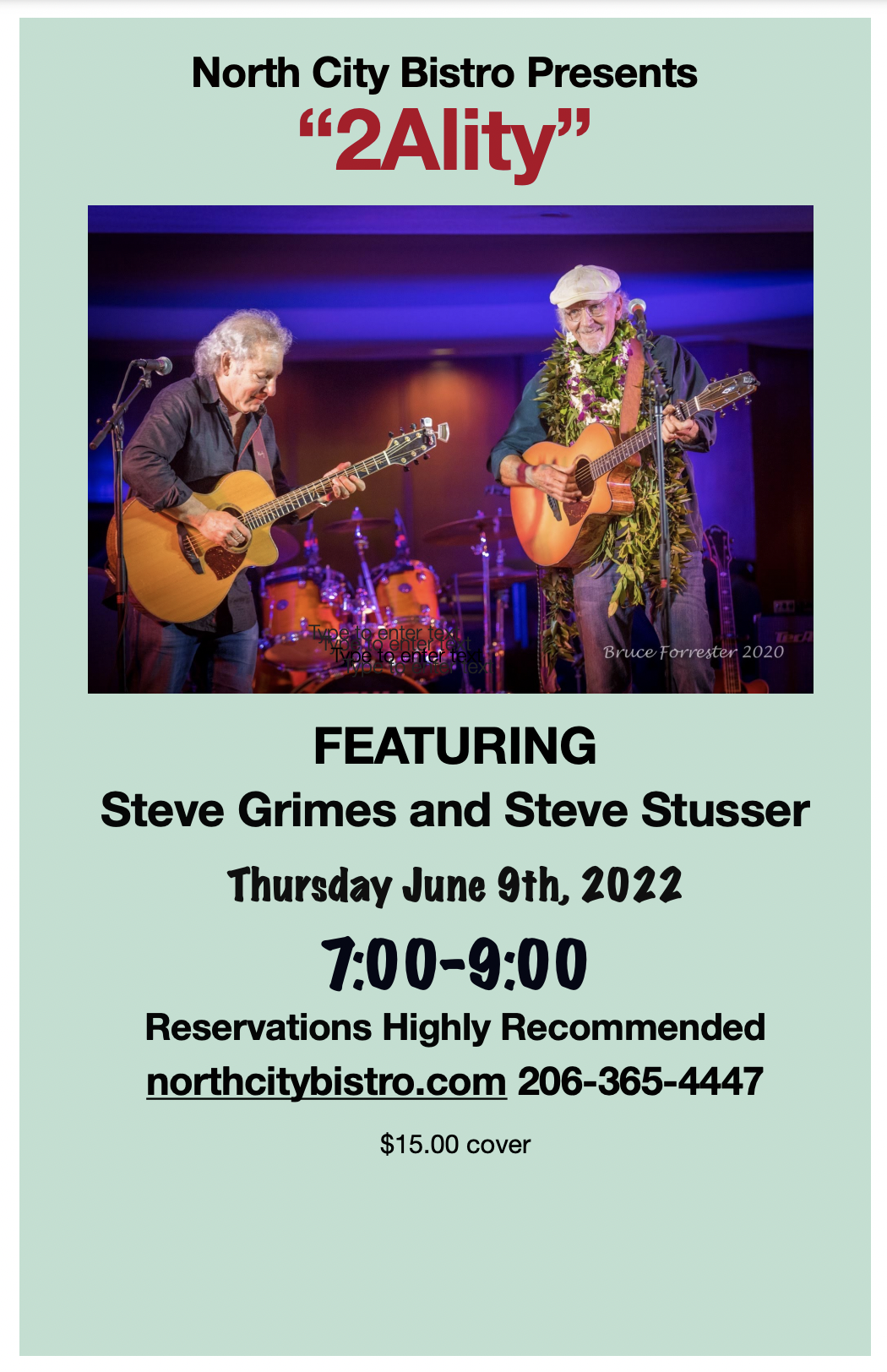 THE MUSICALITY OF 2ALITY

Steve Stusser and Steve Grimes have been friends and musical partners for longer than theyʻd probably want to admit.  Letʻs just say that the telephone had just been invented (not the cell phone variety).  From day one thereʻs been something of a special alchemy in the music that flows effortlessly when these two guitarists/songwriters are together. Sharing the same first name, the same birth month, the same brand of guitar, and the same wide spectrum of taste in music, it seemed only natural to name the duo “2ality”. From folk to funk, and from blues to bossa nova, the Steves cover a lot of musical ground. If there was a genre to categorize their music, it would have to be “kitchen sink”.

Steve Grimes was born in Baltimore, Md at a very young age. In early school years, his interests were equally divided between being a nerd and being a geek. Both vocations came naturally to him. When he was 12 he mowed enough lawns to save $20 and bought his first acoustic guitar. After a year of playing Peter Paul and Mary songs, he heard “I Wanna Hold Your Hand” and mowed enough lawns to buy his first electric guitar for $25. Both guitars needed repair soon after purchase, and Steve put his Geekness into action and fixed both guitars.

In 1972 Steve quit his job as a draftsman for Boeing and built his first instrument. In 2020 he celebrated his 1000th instrument.

Original music video “After The Rain”,  a little bit of sun in these dark times: